With a mission make the sourcing sales and supplies of Foodstuff and its allied product easy for both individual and corporate consumers in retail and bulk orders, OSNL has the followings as operational benchmarks and core values:

Genuine success is defined by a high sense of value placed on our Clients through ideal products and services.

To be a leading Foodstuff Merchant in Nigeria and beyond.

To make the sourcing and supplies of Foodstuff products easy for both Individuals and corporate Consumers.

We own a sizable private warehouse at its Corporate Headquarters for the storage of large quantities of goods and products.

Providing safe working conditions and maintaining a high Safety Standards in our establishment both for employee’s and (Customers) safety is of priority.

We operate a well managed Transport and Logistics Department equipped with a fleet of Trucks/Vans and maintains an excellent  network of its operations.

Osike Services Nigeria Limited (OSNL) is proudly a 100% Nigerian owned Company that has grown to become one of Nigeria’s foremost rice manufacturer’s representative and distributor, majorly thriving as a merchant in Nigerian brands of Rice. OSNL is a Major Distributor of the following Brands of Nigerian Rice:

Which are bagged in:

Sold in wholesale or retail with online delivery in Port Harcourt and its environs within 24 hours.

Advantages of Nigerian Rice: Nigerian Rice Popularly referred to as brown rice, that “hulled rice”, that means unmilled or partly milled rice, a kind of whole, natural grain, nicknamed “ofada rice” or “abakiliki rice”, have been accepted and preferred by many citizens of Nigeria today because of the health benefits it has, compared to other alternative rice (white rice). The name “ofada” and “abakiliki” originated from the two different communities in Nigeria (Mowe Ofada and Abakiliki) which are specialised in producing this local type of rice. The name “ofada”, originated from Mowe Ofada in Ogun state, in the South-western part of Nigeria while that of “abakiliki” came from Abakiliki, Ebonyi state, in the South-eastern part of Nigeria.

Since rice is one of the major staple food in Nigeria today, there is hardly anyone in this part of the world who does not include rice in his or her diet at least once in a week. The most common rice found in Nigeria today is the polished rice, which have passed through many process or redefining before it is been sold in the market. The locally grown type is the short grained, brown rice which is usually unpolished and unrefined with part of the bran remaining intact. It is sold in the market, retaining this same form.

Any rice, including long grain, short-grain, or sticky rice, may be eaten as brown rice. “Brown rice and white rice have similar number of calories and carbohydrates. The main differences between the two forms of rice lie in processing and nutritional content. Naturally when only the outermost layer of a grain of rice (the husk) is removed, brown rice is produced”. While to produce white rice, the next layers underneath the husk (the’bran layer and the germ) are removed, leaving mostly the starchy endosperm. At this juncture, it is believed that several vitamins and dietary minerals are lost in this removal and the subsequent polishing process.

It is also true that when the bran layer is removed to make white rice, the oil in the bran is also removed. Rice bran oil is alleged to help lower the ‘bad’ LDL cholesterol.

THERE ARE NUMEROUS NUTRITIONAL AND HEALTH BENEFICIAL REASONS WHY YOU SHOULD EAT MORE NIGERIAN RICE THAN THE FOREIGN.

It is now a fact universally accepted that brown rice is no longer poor peoples’ diet or a diet cheaply bought and eaten during the war. Long grain brown rice is generally higher in fibre and many other nutrients than those found in white rice. It is believed that the fibre in brown rice produces the best health benefit of all; fat burning! In addition to requiring more of your body to break it down, the fibre in brown rice helps satisfy your appetite and therefore decreasing your chances of over eating, hence the need to patronise OSIKE RICE PRODUCTS.

It is equally true that the fibre and selenium fond in brown rice can also reduce your risk of many types of cancer and some other minor diseases. The oils found in brown rice as I have already written can as well lower cholesterol.

Apart from health benefit of brown rice fat burning properties, the fibre is excellent for cleansing the colon. It is said to act like a pipe cleaner in your intestine, clutching, and removing nasty toxins like pollutants, chemicals, pesticides; heavy metals on its way through.

Brown rice is a source of energy second to none so whenever you seem to lack the energy, devour a plate or two of brown rice. A word of warning; don’t over eat! Brown rice has more than 85% of your daily value of manganese, which gives you energy from both carbs and protein. Manganese equally helps synthesize fatty acids, which keeps your nervous system in working order!

In addition to the 15% of fibre you can get from brown rice, you can also obtain few vitamins like Vitamin K and B6, thiamin, niacin, choline and pantothenic acid. The vitamins are just the tip of the iceberg because you can get plenty of essential minerals too. You will also tap into a few healthy properties like calcium, iron, manganese, phosphorus, potassium, magnesium and selenium with every cup of brown rice you eat.

In the beginning, brown rice was for the poor but as the time past and people recognised and realised its importance, then, this carbohydrate super nutritious diet was became a precious commodity reserved and eaten exclusively by the emperors of China. To end up this article, I would advise you to eat this super and wonderful diet as often as you can for many healthy and nutritional benefits! OSNL is at your beck and call. ORDER NOW!

The recipe for brown rice is already well established in all parts of the countries with different varieties and very easy to cook. You can eat brown rice with all sorts of vegetables; eat it with stews, or sauces. It goes well with all kinds of beans too.

NUTRITIONAL BENEFITS: Our locally grown Nigerian rice known internationally as brown rice is also loaded with powerful antioxidants which provide relief from a range of ailments such as hypertension, unhealthy levels of cholesterol, stress, mental depression and skin disorders. The health benefits of this rice include better functioning of cardiovascular system, digestive system, brain and nervous system. High nutritional content in this rice proves effective in various medical conditions such as cancer, obesity, diabetes, neurodegenerative disorders and insomnia. It has anti-depressant properties and helps maintain healthy bones and stronger immune system. The Nigerian locally grown rice can serve as a substitute to BASMATIC RICE.

Now you have the knowledge about the amazing health benefits of this locally made Nigerian rice, I guess you will prefer it to the polished, foreign one. Contact Osike Services Nigeria Limited NOW! For your supplies. 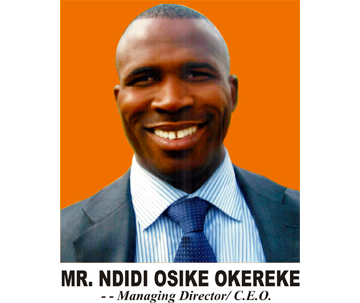 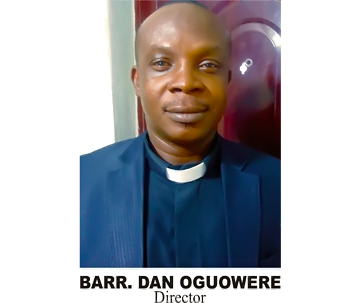 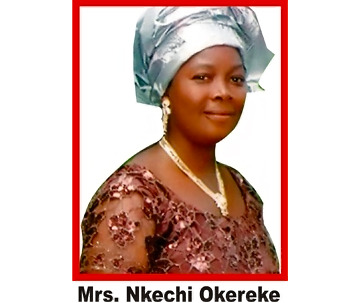